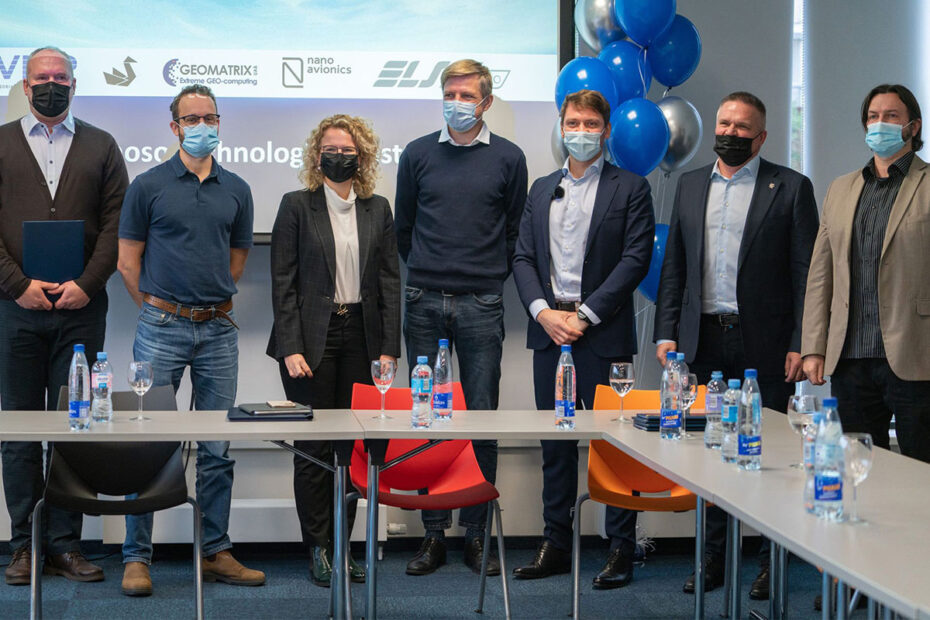 Space technology companies joined their forces and established Lithuanian Space Technology Cluster. The founding treaty was signed on November 15 with Blackswan Space being among the founding members of the cluster.

The Minister of Economy, Ms. Aušrinė Armonaitė noted at the ceremony in Vilnius that Lithuania’s achievements in the field of space technologies were already visible worldwide. “The entire space community, not only NanoAvionics, Blackswan Space, Geomatrix and Elsis, are part of our national pride,” highlighting that “our scientist Simona Liukaityte-Suszczynska has worked on the camera onboard the Mars Rover Perseverance, and our laser specialists are significantly contributing to these technologies every year”.

Lithuania has recently become an associate member of the European Space Agency (ESA) and is developing its space industry that is primarily aimed at “people on earth”, but it is also striving for more, Armonaitė said, adding that the government is ready to provide financing for a space technology hub and other innovative space focused initiatives in the country.

Saulius Arelis, CEO of Visoriai Information Technology Park, said that Lithuania was “the undisputed leader in space technology development in the Baltic region” and Vilnius was among the world’s top five cities in small satellite manufacturing, thanks to NanoAvionics having a major presence here.

We use cookies on our website to give you the most relevant experience by remembering your preferences and repeat visits. By clicking “Accept All”, you consent to the use of ALL the cookies. However, you may visit "Cookie Settings" to provide a controlled consent.
Cookie SettingsAccept All
Manage consent

This website uses cookies to improve your experience while you navigate through the website. Out of these, the cookies that are categorized as necessary are stored on your browser as they are essential for the working of basic functionalities of the website. We also use third-party cookies that help us analyze and understand how you use this website. These cookies will be stored in your browser only with your consent. You also have the option to opt-out of these cookies. But opting out of some of these cookies may affect your browsing experience.
Necessary Always Enabled
Necessary cookies are absolutely essential for the website to function properly. These cookies ensure basic functionalities and security features of the website, anonymously.
Functional
Functional cookies help to perform certain functionalities like sharing the content of the website on social media platforms, collect feedbacks, and other third-party features.
Performance
Performance cookies are used to understand and analyze the key performance indexes of the website which helps in delivering a better user experience for the visitors.
Analytics
Analytical cookies are used to understand how visitors interact with the website. These cookies help provide information on metrics the number of visitors, bounce rate, traffic source, etc.
Advertisement
Advertisement cookies are used to provide visitors with relevant ads and marketing campaigns. These cookies track visitors across websites and collect information to provide customized ads.
Others
Other uncategorized cookies are those that are being analyzed and have not been classified into a category as yet.
SAVE & ACCEPT